Important! Our website uses cookies to provide you maximum comfort during browsing the site and use of services. By using this website you agree to the use of cookies in accordance with the current browser settings. At any time you can change your browser settings that determine their use. More info: PRIVACY POLICY I agree

For many years now, the title of PERFECTION OF THE YEAR awarded by Twój STYL has been coveted by all cosmetic brands present on the Polish market. This year, the luxury women’s magazine handed out its awards for the 23rd time. The prize-giving ceremony was held on 13 November 2017 at the Marriott Hotel in Warsaw. 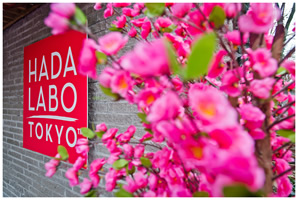 2017-03-30
CONFERENCE LAUNCHING HADA LABO TOKYOTM IN POLAND
This important occasion for the cosmetic sector was officially opened by Ewa Blocher – the Managing Director of Dax Cosmetics, who presented our special guest…
more

FILM ABOUT THE BRAND